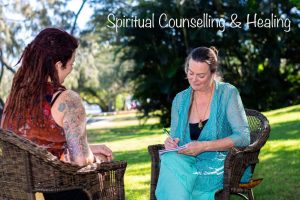 From Spiralling Decline to Success
A wonderful therapist was referred to me as she struggled with many of her recent life choices. A sad divorce, new relationship with a mentally unsound partner whom she loved dearly, potential threat of losing her house, work prospects looking grim and an increase in using party drugs, was becoming a dangerous mix. She felt her life was spiralling out of control and she had nowhere to turn.
Through the work with me, we cleared many layers of sabotaging beliefs and built up her damaged self-esteem. I counselled her to find the courage to move to another state, create another life, learn about her inner psychology and take responsibility for her decisions. She has transformed into the most confident beautiful person, retrained as a yoga teacher combining that with her therapy work and finally bought her own house. There were many struggles on the way but she faced each phase with renewed insight, sought out local counsel from an array of other therapists, learnt about herself and the amazing power of inner guidance through intuition and spirituality. She continues to amaze me as I follow her life with deep interest and care. She has morphed into an incredible therapist blending medical training with natural health and wellbeing, now inspiring many others on their own paths.

Lack Of Abundance to Creating her Dreams

Female chef / mother uplifted her whole family, taking them back to her small hometown to look after ailing parents. She came to me incredibly depressed and confused, struggling with her young family. Money was tight, employment opportunities were lower for both her and her husband and she had pressures of an ex-husband and difficult childhood all descending upon her psyche.

We worked together and she attended some of my Mastery of the Self Courses. Her life over 8 years has transformed. Having lost her first home in a divorce settlement, her dream was to secure a loan for a house of her own. This meant she needed stable income.

She learnt how to call in money and opportunities into her life, develop a trust in herself and clear the pain and suffering memories of childhood that caused her to fall, at times, into victim mentality. Family members and doctors had convinced her, she needed to remain on antidepressants for the rest of her life.

She has gone from strength to strength. Not long after the first few sessions she gained a job as a chef and her husband found work as a driver. Her depressive spiral was making more sense, due to her gaining new skills to look at her life in a different way. She moved from job to job slowly gaining better pay and acceptance in the community as a skilled chef. Each year her life was transforming before her eyes, most importantly she was happier.

She dumped the antidepressants, replaced it with meditation, paid off major debts, bought a new car, finally bought a house and travelled overseas to her husband’s home. Her intuition and ability to trust or act on an inner guidance has taken over from needing sessions with myself. Occasionally she may seek me out.
I watch her life with fascination, as I know she will continue to follow her greatest dream, combining her amazing artistic abilities with owning her own café restaurant.

Musician’s Son
This young man had not drive to work. He seemed to think it was unimportant even though he was running out of money and was a concern to the parents. Life was pressuring him to have to find work yet work never found him,
On our distant session we discovered his ideas around working were skewed. All his life his well known musician father would proclaim he was off to work, yet the small boy saw his Dad at home all day enjoying life, sometimes playing a guitar or singing. A musician father works at night while his developing boy child is sleeping. So as a young boy he developed a belief that working actually meant relaxing and hanging out with the kids all day. When this incorrect belief system was reset, work offers came flooding and he immediately transformed his life. He now works as a manager in a nightclub where they feature well-known musicians and bands throughout the year.

A successful business women who needed to travel on planes admitted to me that she had a terrible fear of flying. Her whole body would be consumed by dread every time she had to board a plane. Those feelings were increasing, causing her to develop a new anxiety over her fear of flying. She was aware it was impacting on her work and choices to travel by plane or avoid it.

When working together I discovered that in another time, she had been a fighter pilot who had been shot down. The fear of death through a plane involvement was at the core of her fear of flying. One Wholistic Therapy based consultation  left her feeling as though a burden had been lifted from her and then next time she flew only remnant anxiety arose, by the time the flight ended she fully embraced the experience and now happily travels by plane whenever she needs to conduct her business.

Years later she asked me to help with her fear of public speaking.

Fear of Public Speaking
The fear of public speaking gnawed away at her. She avoided at every possible turn in her busy high profile work to stand in front of a crowd and speak. A really impossible task when you win awards all the time and need to receive them graciously. Life was not allowing her to hide anymore, in a panic she rang and proclaimed, it was time she worked on this issue as she had to speak to a large congregation of dignitaries at an elaborate dinner. The pressure was on her to perform and myself to achieve the psychological work required to have her ready on time. After a phone session with me one week before the event she arrived at the dinner, to her surprise, the organisers had written her a robotic speech to make it easier for her, but she declined. She stood on stage using her own speech, spoke from the heart and moved people. The anxiety she experienced was nothing compared to the past. To this day she prefers to avoid the limelight, yet when she is asked to speak, she does it with eloquence.

Deputy School Principle
A usually strong confident minded female deputy principle came to me with a terrible fear of speaking. The larger the group the worse it became. During the consultation we discovered that in a prior life she was a vocal person espousing a political ideology, full of high ideals and values. This was not always received well and enemies formed against her. In that lifetime she was shot in an attempt on her life, instead she survived with a major leg wound.
From that time onwards when speaking to a crowd, she always nervously looked into the sea of faces, forgetting her speech or details she had to convey. Since the Wholsitic Lifestyle counselling session she no longer panics, or feels any fear of standing or speaking in front of a crowd.

Sea Sickness
A young lady came to me for her constant fear of planes, boats and sea sickness. She also mentioned that whenever she travel she drives everyone crazy by micro managing every step of her itinerary and giving all family members a list of where she was going and what she was doing. The session with her was quite amazing as all her issues were involved in the culmination of events before she died in a dominant past life.

We discovered the young lady had also been a fighter pilot who was shot down. She managed to eject and unfortunately parachute into the ocean. The constant water motion at eye level caused her seasickness while she waited with grief and anxiety to be found. Planes searched overhead looking for her but she was never spotted. She died because people didn’t know where she was. Her micro managing of holidays came from this incidence making sure people will always find her and not leave her to die alone. Plane phobia from being shot down and fear of boats and seasickness, came from the constant movement of the water while waiting for rescue. One session later she now flies on planes, boards boats and enjoys great holiday adventures, without the same micro management. Her husband is very happy.

Agoraphobia
Agoraphobia from sexual abuse
A new mother who usually was very open and community minded suddenly became agoraphobic after her baby girl was born. She already had a son and no evidence of this behaviour existed with him. Feelings of terror and concern overtook anytime she was forced to leave the safety of her house. Maternity leave almost over, her work prospects were threatened. In our session I discovered her early childhood was wrought with terrible experiences of sexual abuse that she had never told anyone about. Now that she had given birth to a girl child, all the anxiety of those memories and fear she might not be able to keep her baby safe overwhelmed her mind and the best behaviour to come up with to ensure her safety was to avoid going out of her home.
One sessions and her life changed back to replicate pre birth behaviour in relation to her fear of people.

Drowning Incident Caused Agoraphobia
In a similar themed story a lady’s partner requested my help and begged me to talk with his partner about her terror to leave the house with her new child. When we spoke together she finally decided to try a Counselling session with Blueprint Healing. We did a mind journey exploring these feelings. She suddenly remembered a traumatic scene from her childhood where she watched from the banks of a lake two boys drowning and all the families picnicking hers included were unaware of this occurrence. By the dire situation was realised the boys had already drowned.

Now she had given birth to a child, her whole protective antennae was activated. Subconscious memories sat under the surface of her disturbed mind leading her to believe that if two boys could drown in daylight amongst their own families, then her child was not safe anywhere, because no one will notice if she needs help or intervene to rescue her. The best solution was to not leave the house. This mother soon after the session allowed her child do go to day care so she could return to work.

Fear of Birds & Panic Attack
A young lady’s life was afflicted by a terrible fear of birds. Whenever she went outside she would be nervously looking in the sky and around the trees to see if any bird were around. At school tis caused her a great deal of grief because other children teased her over her reactions when facing a panic attack when birds approached. With clairvoyant insight I discovered she had lived a life as an African desert dweller. A terrible drought swept across the land and villages all around suffered terribly, with many people dying. I saw her, all alone in the desert starving and close to death. Vultures flew overhead waiting to descend on their prey, aware of impending death. The terror she felt to possibly being eaten alive and the fear of death itself stayed with her until her final breath. The same terror was brought forward into this life, activated at the same age as the girl that died so tragically.
Session: With the completion of the Blueprint Healing work this girl regained her composure when outside and no longer feared the multitude of birds in our skies. She was delighted with the outcome.